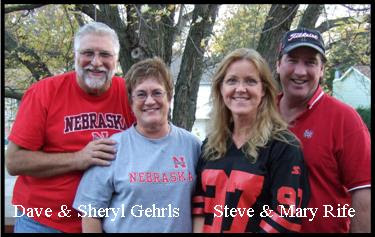 Here is a 3-minute slide show from recent trips:
Since December 2006, more than 28,000 people have died in Mexico as a result of cartel-related violence….1,200 of them were children. Some towns no longer have any police protection due to resignations of the entire police force.
The violence in Tijuana peaked in 2008 at 800 homicides. In February 2009, Steve and Dave had the privilege of leading PrayerWalking training for the Tijuana Pastoral Alliance. As congregations began prayerwalking their barrios that year, homicides dropped to 695; but, much more prayer is needed.
On Sunday, Oct. 24th, fourteen clients at a drug rehabilitation center in Tijuana were murdered execution-style….apparently in retribution for the seizure and burning of 134 tons of marijuana. The signal being sent by targeting drug rehab centers is clear: you cannot leave the system.
For a number of years now, God has given us great favor with key leaders in Tijuana. Several years ago, a Christian political party was formed and became active in combating the cartels. Many Believers were elected to government offices, and we were invited several times to pray with the pastors and leaders of the party -- the first Christians ever to pray in Tijuana City Hall with elected leaders!
In the 2010 elections, more Christians ran for office, but the cartels are so entrenched in the culture and economy, and have engendered so much fear, that the popular majority decided the efforts to control them were not worth it. Every candidate for the Christian Party lost last July, and those already in office will leave at the end of this year.
Ministry Focus:
Would you consider partnering with us in this exciting opportunity to invest in the lives and hearts of the city leaders of Tijuana at this crucial time? Our budget is $3,200 for this trip (including airfare, lodging, meals, and transportation, etc.). We are committed to go, trusting that the Lord will supply, as you participate according to His leading.
Gifts may be sent to either CFCI, PO Box 390395, Omaha, NE 68139-0395 (earmark Gehrls-Tijuana) or Carpenter’s Touch, 8834 Sprague Circle, Omaha, NE 68134.

Click here to Donate Now securely online:
(Earmark Gehrls-Tijuana)
Please begin, even now, to pray for us as we go, that the fruit of our investment into the hearts of the city leaders of Tijuana will eventually produce city-reaching revival proportions!
Blessings from the Team,
Dave & Sheryl Gehrls
Steve & Mary Rife
at 1:36 PM